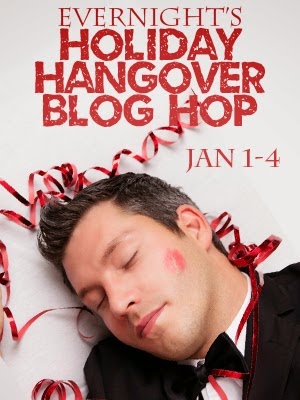 It's been nothing short of a fantastic year. When I submitted my very first book, Forever Kind of Love, to Evernight Publishing I had no clue what to expect. I sat on pins and needles waiting to find out if a) they'd like it, and b) if they'd accept/publish it. We all know the answer to that one, lol!

The book was generously accepted, and put under contract in March 2014. By May 2014 it was out on virtual shelves which was when the next batch of nerves hit. I'd actually gone and done it. Written a book that was no loosed upon the world at large. Would people like it? Would people hate it? Hell, would anyone bloody well read it?! It was truly terrifying for me to say the least.

To keep my mind off the fact that I now had a piece of myself, albeit a small piece, out in the world I kept busy by writing a new story. At the time I had absolutely no clue it would end up being a series. I don't think I really knew it would become a series until I was nearly finished with it. By the time I was on the epilogue of it though I knew I had more to tell about the world I'd created. And so, the C&M Security series was born.

Not that I knew what the hell to call the damn thing. I am HORRIBLE with naming books. Add in needing a series name *groans* yeah - you get the picture. But name it I did. Which actually involved going back through the first book and making a name change to one of the characters. Sorry, won't tell you which one it was, that's my little secret. It worked out rather well I do have to admit, and people seemed to receive it rather well.

As many know I have another of the C&M Security books planned for a January release with Evernight. This will be book 5 of the series, Dangerous Pasts. It was one that gave me more than my fair share of grieve during the writing phase, and don't even get me started on the editing portion. Thank goodness for the wonderful editor, Laurie Temple, with whom Evernight placed me with. I occasionally worry for her sanity when I know a certain book is coming up on her pile. So far she's been holding it together well, or at least that's my perception on it all.

Then in February 2015 (date not yet confirmed) I will be a part of the Uniform Anthology. I was extremely surprised, and more than a little delighted when they accepted my offering for the Antho. I went with a FBI agent protecting a witness to a horrific crime. Go figure, Moira writing a mystery/suspense book, big surprise there right? LOL! Go with what works for you I've been told, and so I did.

Currently I'm still working on the 6th book in the C&M Security series. This book will be a prequel that features one of the owners of the business, Robyn Matthews, and her fiancé Grant Sherbrooke. It will cover quite a bit of ground overall, but still stay firmly focused on Robyn and Grant's relationship. The book will show the start of C&M Security, from construction to inception to opening their doors the first day. It will also go through a bit of that first year before we conclude with what everyone wants to know about*.

*You'll need to remember this bit for later...

Beyond that I'm not sure yet what will be coming from the C&M series. Originally I'd thought it would only be the five books plus the prequel. But it seems to have grown beyond that to a certain degree. I likely won't write another one immediately, but readers can rest easy in knowing there will be more coming down the road - hopefully later in 2015.

This is mainly because of a number of other stories, and the characters involved that have decided to take up residence in my brain. I have a paranormal book that I'm working on -so very slowly- that could well be a series. It's been tough writing this one because I knew I had to get the C&M series books done in a certain time frame - my own personally created time frame if you're wondering. But once I have the last of the current run of C&M books done then I can turn my focus fully there, and see what comes of it.

And if that wasn't enough, I also have another book in my head. One I've been slowly putting down pieces to since the first portion popped into my head. As it's become fleshed out a little more I see it a bit more clearly. It will be an M/F story, there will be plenty of danger and mayhem involved, but beyond that I can't tell you what sort of story it will be. I mean that very literally, the characters haven't felt the need to tell me as of yet. Stubborn little brats.

Personally, I suck at these so I don't ever make any - 'cept for one. It's the same one I've had for years, and years, and years. It'll be the one I have for next year, and the year after. Here it is:  Do one thing for someone else not because you have to, but because you want to. It's a lot like the Pay It Forward movement. But usually it's something that in the moment I know it's what needs to be done because it's what is right, as a human being on this planet Earth. I don't do it for the thanks (though those are nice to get), I don't do it for the attention (believe me, I HATE attention), I only do it for the fact it's the right thing to do.

Oh, and then there are the standard resolutions that never, ever happen. You know the ones. Lose that 10lbs I don't need to be carrying around; Eat healthier; Be nicer to people in general but especially those who get me hot under the collar - one never knows what's going on in their lives to make them such...you knows...in that moment in time; Etcetera.

Question:  Refer back to the above * portion where I mentioned you needed "to remember this". What is your guess for one key part that will finally be revealed/discussed in the C&M book 6?

Bonus Question:  Name one New Year's Resolution that you have never kept no matter how hard you try, and one that you made last year that you did achieve.

The Prizes:  I will choose 3 winners
Back list books include:

WAIT! ONE LAST SUPER IMPORTANT THING TO DO!


Now, don't forget to check out all the other amazing EP authors, and bloggers helping EP to celebrate the incoming New Year. Because the more you participate in the greater your chance to win the Grand Prize. What might that be you ask...

PARTICIPANTS!
Posted by Unknown at 12:00 AM

New comments are not allowed.