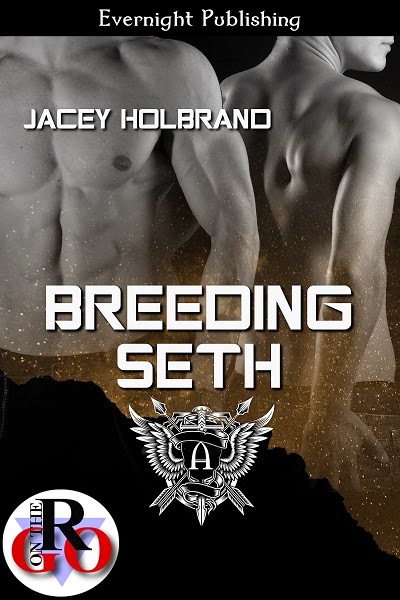 
Evan Zenas and Seth Trivos had a tumultuous start to their relationship which has finally mellowed out. But now, something is wrong with Seth. Concerned for his health, Evan convinces his boyfriend, Seth, to see the doctor, and the prognosis is alarming.

The mystery is how. Not only is their relationship at stake due to the life altering news so is Seth's life.

Evan’s hot breath warmed his face, but Seth didn’t mind, especially in light of having his wish granted. His eyes fluttered closed as Evan’s lips found his, but it wasn’t an easy-going, lingering kiss. Evan threw his arms around him in a tight hold and claimed his mouth with wild abandon. Seth’s head reeled. He assisted Evan in removing his pack and then his shirt.
“You know what? Even though we’re probably not supposed to be off the trail and trekking over, and fucking behind, rocks not designated as a public area, this is kinda hot, isn’t it?” Evan unfastened his shorts.
Too happy and eager to be with his love, Seth nodded and unbuttoned his own shorts. Desire rushed through Seth and clawed at his insides. Once again, he embraced Evan, moving his hands up and down Evan’s muscular back. He pressed his lips upon Evan’s and then swept his tongue out, forcing Evan to open his mouth. Seth adored the taste of him, salty and spicy from the barbeque and salad, and loved his scent of leather and earth as well. It seemed like he’d waited forever to have Evan in his arms and his body close to his in such a setting. Evan’s lips trailed down his neck, and Seth reached up and cupped the back of his boyfriend’s head.
“God, Zen, I want you so bad.”
“Yeah?” Evan freed Seth’s cock from his shorts and underwear.
His heated touch seared Seth’s skin, tantalizing him to become rock hard. Seth traveled his hands up Evan’s arms to his shoulders, then slowly smoothed them down his chest, feeling all the nuances of his muscles until he came upon the waistband of Evan’s shorts. He removed Evan’s cock from the confines of the clothes and then rubbed their dicks together.
Evan leaned his forehead on his. “God, Seth, I love how that feels.”
“I do too, but what I’d really like is to feel your hot, moist mouth wrap around my cock.”
Reaching out, Evan grabbed the top of Seth’s shorts, sweeping his fingers between the material and his skin. A devilish grin graced Evan’s face as he yanked and pulled down Seth’s shorts.
Not only did Evan rouse his libido in all sorts of sexy ways by just being him, Seth felt free, as light as the few fluffy white clouds in the sky. He stepped out of the clothing at his feet, delighting in the way Evan’s gaze roamed over his body.
As if knowing it was being viewed, Seth’s cock bobbed. Evan pushed his legs apart, knelt down on the red sand and situated himself in front of Seth. Lightly grasping Seth’s penis, Evan bent forward and kissed it, then licked under its rim, circling the hard length a few times. Blissful tingles raced along Seth’s cock then swept out along all his nerves. He sucked in a stream of air. “Zen, quit being a tease and suck it already.” 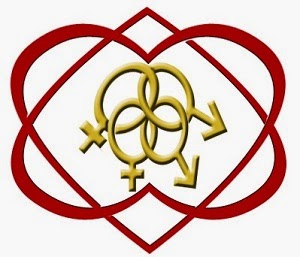 Jacey Holbrand believes love comes in all forms and should be celebrated. She’s committed to her muse and writing so she can share those kinds of stories with readers.

Jacey loves to hear from readers! eMail her: JaceyHolbrand@gmail.com