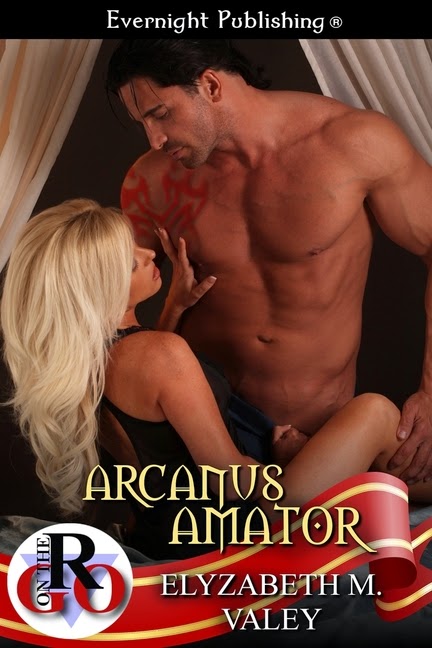 As an Arcánús, one of Cupid’s blessed children, Amandus’s mission in life was to aid his father in bestowing love upon others.Unfortunately, when he found his own soul mate he was incapable of making her perceive their connection. Furthermore, she doomed their love forever. Amandus’s only hope is a spell concocted by Cupid: The Arcánús Amator: Spell of the Secret Lovers.

Hailey is desperate for love. She’s so desperate that when she finds a spell on the internet that promises to connect soul mates, she decides she must try it. Convincing her friend Hannah to help her, the girls embark on a one-night craze that will produce life-changing results and bring to life what was thought to be only a myth.

She frowned. “What the hell’s happened?” She was quite sure this was not how the spell worked. Granted, she hadn’t exactly read the entire information sheet on the website.
“No one does,” she whined, bouncing on the balls of her feet while staring at the flickering flame of the candle. The thing was more than 20 pages long. It was like reading one of those software agreements. No one read the damn thing. She’d read the instructions and the first page with all the warnings and that was more than enough. Taking a deep breath, she managed to settle her nerves a little. Everyone thought she was the ditsy blonde obsessed with the occult, but she wasn’t. She was a hard worker, impatient when things didn’t go as expected. It was partially the reason why she’d filed through so many relationships. Why stay with a guy when he clearly had nothing to offer? Some of her friends argued that she didn’t give them a chance. She begged to differ. She’d given them a chance, they just hadn’t taken it.
True, her impatience sometimes got her into some trouble but it also saved her from a lot of it. That, however, wasn’t the case now. Annoyed that the spell had gone awry, she brushed back her bangs impatiently. Whatever had happened was not important. The priority was getting Hannah back home. Scanning the room for her discarded laptop, she did a double take.
Obstructing the exit to the living room stood the most gorgeous man she had laid eyes on. He was massive. His head almost brushed the top of the doorframe. His heavily muscled arms were crossed in front of him, his chest bare except for the intricate design of a red-inked tattoo that started around his left nipple and descended across his side to his hip. Low on his hips, he wore a long black skirt made out of what looked like leather.
Hailey hesitated a moment before finally glancing fully at his face. Her breath stilled as their eyes locked. A clear shade of violet, they were not from this world. Swallowing, she took a step backwards without breaking her stare. The stranger’s eyes glittered with curiosity and amusement.
“Careful with the center of the star,” he warned.
Hailey stumbled and froze. His voice was deep and commanding and had a familiar ring to it that sent her senses reeling. Shaking her head slightly, she continued moving away from him.
“Watch—”
Breath exploded from her lungs as she crashed into a shelf, a few ornaments she and Hannah kept, crashing to the floor.
“—out. Are you all right?”
Hailey winced, the back of the shelf digging into her skin, but she nodded anyway. The stranger flashed her a grin that made her knees weak. Hailey swallowed. The urge to see him smile again clawed at her insides like a desperate hunger.
Ignoring her, he glanced down at the pentagram, his silky dark curls framing his strong jaw and straight nose.
“You don’t look like you knew what you were getting into.”
Hailey held on to the bookcase behind her. She was afraid that if she moved the whole thing would topple over her head and she’d wake up, realizing that the man in the center of the room was nothing more than a dream.
“Read the first page of the instructions and didn’t bother to read the rest, huh?”
His eyes lifted to hers with a sassy smirk that lit up his violet eyes. Hailey stared speechless, the urge to touch the man making her palms itch as if she’d stepped into poison ivy.
“Yeah, you never did care what you got into, Ariadne.”
Goose bumps sprouted over her flesh and she released the shelf, rubbing her arms in an attempt to warm her suddenly chilled skin. Ariadne. The name rang in her ears like a long forgotten memory always running at the edge of her vision, just a breadth away from her grasp.
“I—”
No words came out as he carefully watched her face, almost as if saving every detail of her features into his memory. Her mouth felt parched, her tongue too large, as she searched for words that wouldn’t come.
“Yes?”
Butterflies danced in the pit of her stomach and her chest tightened, making it difficult to breathe. Fear mingled with a strange sense of joy. Names, places, and moments in time danced in the edge of her vision, taunting her to remember them, taunting her to say them aloud but fleeing before she could take hold of them.
“My name isn’t…”
The man raised his dark eyebrows, the shadow of a smile lifting the edge of his full lips.
“I know.”
“Oh.” 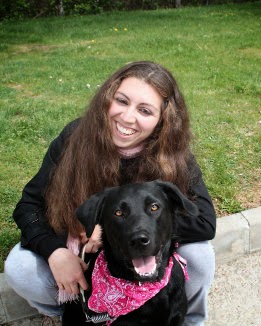 Defined as weird since she was about eight, Elyzabeth honors the title by making up songs about her chores, doodling stars and flowers on any blank sheet of paper and talking to her dog whenever he feigns interest.

Losing the battle to the voices in her head is her favorite pastime after annoying her younger sister with her singing. Writing stories full of passion and emotion where love conquers all is her happy pill and she'll forgo sleep to make her readers live the dream.

You can stalk her here:

Hi everyone! I’m thrilled to be here today with none other than the God of Love, Cupid!
*Cupid tilts his head in acknowledgment, his locks gleaming under the sunlight like sparks of gold beneath a river bed. He smiles at me from the other side of the garden table.*

Cupid: I am pleased to be here and thankful to you for retelling my child’s story. There are some valuable lessons in Arcanus Amator.

Cupid: Not all that glitters is gold. There is light in darkness. We can be blind to that which lies in front of us.
*He bursts out laughing. His blue eyes twinkle.*

Cupid: I recommend readers pick up the book and discover them themselves.

Elyzabeth: Of course, but I would interview you if that’s all right.

Elyzabeth: Can you tell us how it is to be in charge of the world’s most important emotion?

Cupid: It’s a very big responsibility, Elyzabeth. That’s why I have my children to help me.

Elyzabeth: Ah, yes, the Arcánús. They’re also your guard, no?

Cupid: Not my guards. They are the guardians of love. They’re the ones that help me bestow love upon others.

Cupid: If the need arises…

*Cupid frowns. He folds his hands over the table and stares into the distance for a few seconds.*
Cupid: Yes, as it happened the witch Ariadna proved to be a curse.

*Cupid says nothing. His long fingers wrap around his tall glass of water and he takes another sip of water. As he sets his glass down, he looks at me.*
Cupid: Yes. She cursed the Arcanus because she was blind to love.

Elyzabeth: Blind to love? Are you sure that it wasn’t simply that the Gods of love neglected her.

*Cupid leans forward. The friendly gleam in his eyes has vanished and is replaced by a silent power I can’t help but feel uneasy.*
Cupid: Love is there for everyone to grasp, Elyzabeth. However, sometimes we are blind to it. *He raises his hand to silence me.*
It can be because we’re too busy working or because we’re pursuing other interests. At times it can happen as quickly as lightening falls from the sky and at other times it can take years, but it is there. We neglect no one.

Elyzabeth: All right, all right. But Ariadne--

*Cupid laughs*
Cupid: Doomed herself and—

Cupid: Was a little something I concocted, but I do not have much more time to spare, Elyzabeth.
*I stand with Cupid as he pulls his chair back from the table.*
Know this, love, like life, is a complicated game, but it is better to have loved one night than to not love forever.
*Cupid places his hands over his heart as he speaks. I follow his gaze as he stares up at the bright blue sky. When I look at him again, he’s gone.*

Elyzabeth: Thank you, Cupid and thank you readers. I hope you enjoyed this brief, yet I think intense interview with the God of Love. 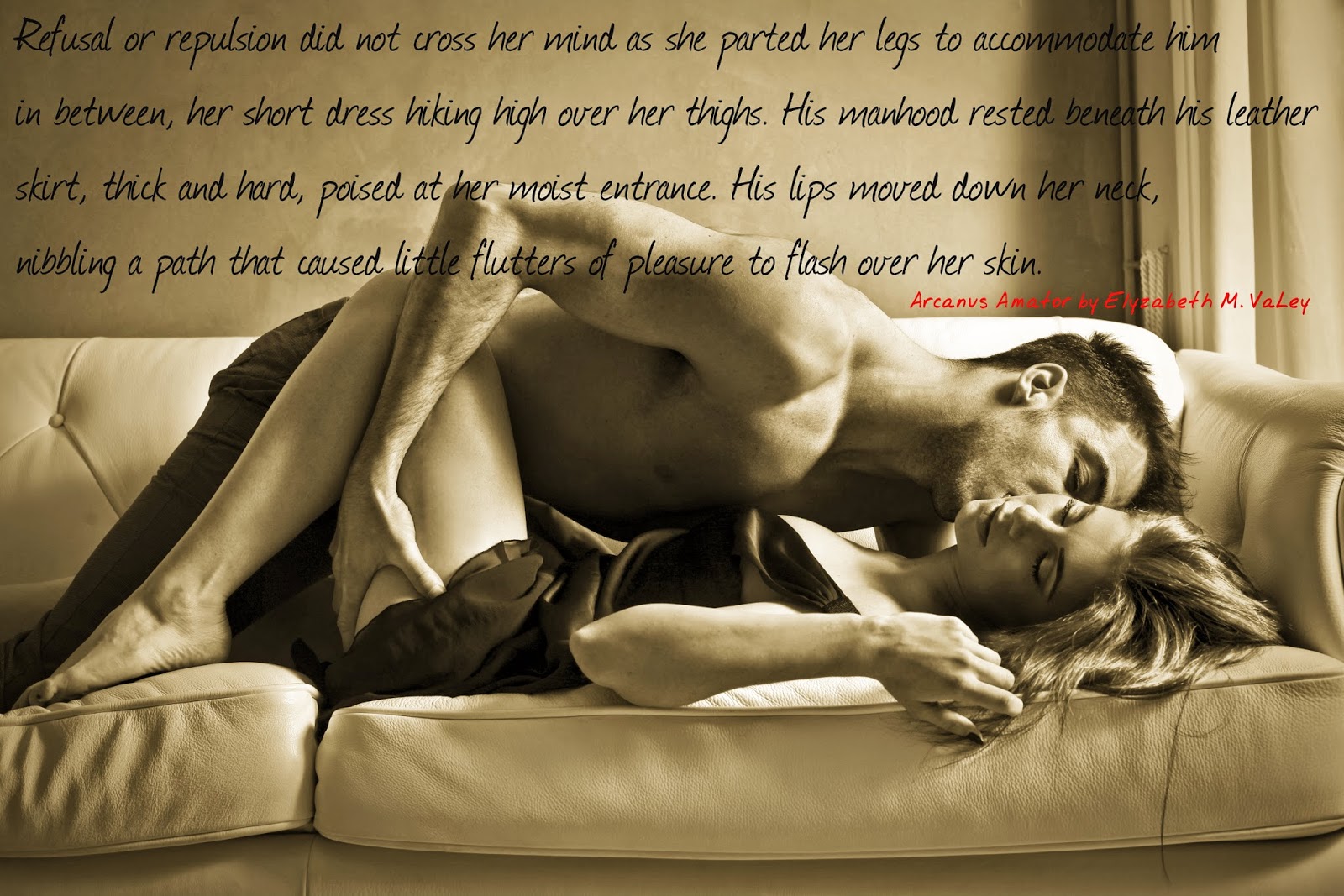