If you met me now, you'd never believe I was the shy kid in high school. Or that I was virgin up until my wedding night. I wouldn't change the way I was if I could go back in time because I think that's what shaped who I am today.
In my awkward phase, before being a geek was cool, my imagination brought me to places of wonder. As I grew older and became an adult, my fantasies got a little kinkier. While most of adventures happen in my head than real life, it leaves me with plenty to let my characters play with. That's what I did with Witches & Lycans. Two free-spirited lovers enjoying a swingers party before they go back to college … until something uninvited shows up. Enjoy the sneak peek. 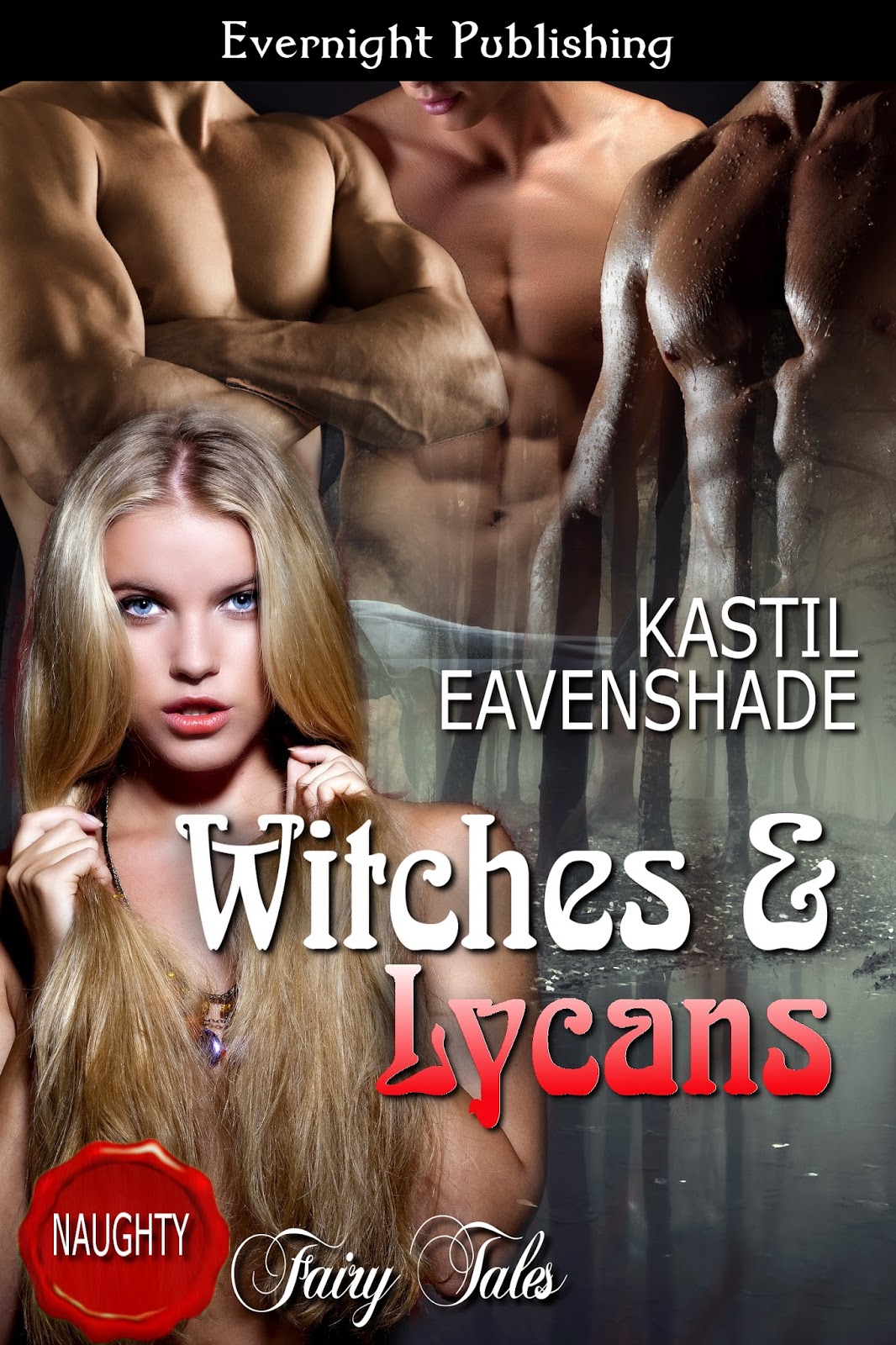 John Hansel and Susan Gretel are spending their summer break back in Beowulf Hollow. Not that they have a choice, since their parents are footing the bill for college. With one year left until they get their degree, the couple decides to partake in one more swinger's party outside of town, being held at a closed campground.

Susan's got her eye on local bad boy David. A past partner, she knows what to expect from his lustful nature. That her boyfriend, John, gets a kick out of watching just makes it more enjoyable for her. But she finds out that David's more than a sexual beast in the sack.

Armed with nothing but innate powers she never knew she possessed and her lover John, Susan's got to fight back a threat bearing down on Beowulf Hollow. An evil that manifests every twenty-five years has come back again to lay waste to the sleepy little town in the backwoods of Pennsylvania. One that starts with a pair of grey eyes belonging to a man who knows every intimate inch of her flesh—David.

She reached the edge of the clearing and entered the forest. She'd skirt the outside and watch as the others mingled. The incense burning, while pleasant, was starting to fog her brain.  Her fingertips danced along the bushes. Shivers ran down her spine as a cool breeze tickled her skin. A strong, possessive grip caught her from behind.
"Change your mind about Tim?" David licked her lobe.
"No." She moaned as his hands slipped up her blouse and rested on her left breast.
"You think he's going to be able to handle you like me? He's just a pup." He tweaked her nipple.
"Playing alpha dog again, David?" She chuckled before sucking in a deep breath as David's other hand possessed her right breast. He'd always treated these swinger retreats like the men were a pack of wild animals that needed to be tamed. Only David could have a pick of the bitches like some odd commune. He watches too many macho movies and needs to be brought down to size.
Yet, her body never listened when she tried to control the situation.
"He's watching this, you know. I told him I'd show him how a man handles a woman like you." His tongue lapped at her throat.
"Tim?" She tried to take offense to his crass wording, but his hand traveled the length of her belly and shoved her skirt down. Fully exposed to the air, she couldn't deny the moisture evident below. He swiped his thumb against it and hovered the digit in front of her. Her tongue darted out, tasting her sticky sweet arousal. His cock rubbed along the crack of her ass. She took his thumb into her mouth and sucked. Not only had he followed her into the woods, David had done it completely naked.
"No. I am the alpha dog." He removed his thumb and stuck his middle finger between her moistened nether lips. "And you're the best fuck I've ever had."
Words wouldn't form on her lips. All the times she'd had sex with David worked to his advantage. Each inch of her skin was known to him. He could never have her, but he owned her nonetheless.
"On your knees," he demanded.
She dropped to his command, his thick length bobbing in front of her face. Hers to caress and manipulate, she wrapped her lips around the head. David thrust in, his hand fisted in her hair. With slow precision, he fucked her mouth. She cupped and massaged his balls, but he didn't speed up. Her coaxing did not give her the upper hand as it had before. No, his plan was slow torture, hovering between teasing and full arousal. Another shadow fell over her.

Kastil toils away in the world of retail sales for the military. In her spare time, and away from the constraints of her master’s whip, she finds pleasure in writing anything from fantasy to romance–which sometimes parallel each other. If her writing makes one person smile, she’s accomplished her dream.