HAWT MEN IN AND OUT OF UNIFORM 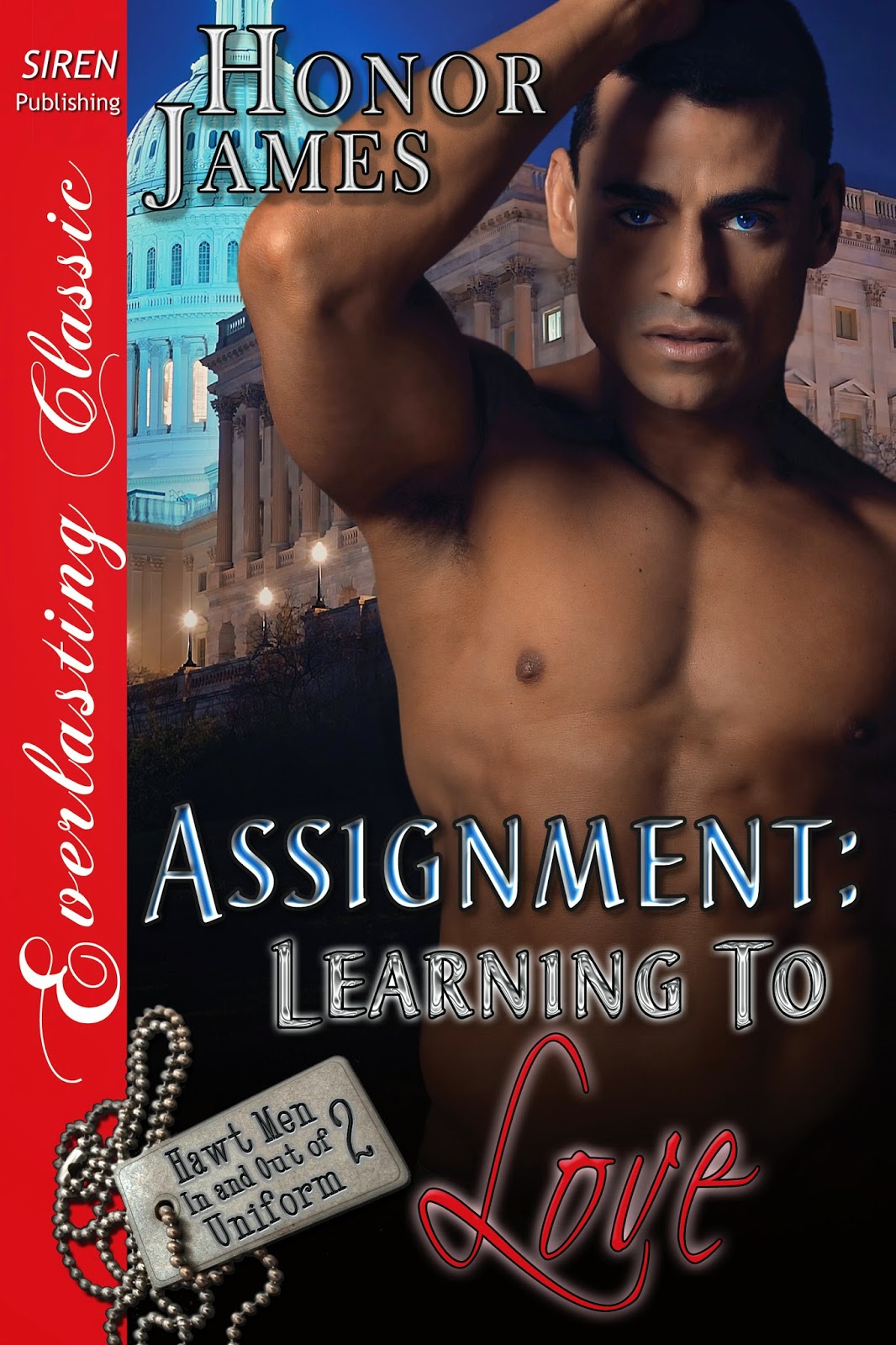 
Georgiana Regina Lucille Fletcher, Gigi to those who know and love her, is a romance author who doesn’t believe true and lasting love exists. She knows of some rare cases that buck the convention, but they are the exception to the rule. Then she meets a man who goes above and beyond to see to her health and happiness. Maybe she was wrong.

Michael Burnett had only one job, ensure the bride married her man, and there were no complications. Simple enough in principle. Only it wasn’t the bride being targeted, but a feisty redhead who stole his heart from moment one of meeting her.

Close quarters during a nasty storm help form the bonds between them. But when he ships back out overseas for the remainder of his tour, what Gigi feels for Michael grows beyond anything she can describe. Now all she has to do is survive the attempts on her life and find her own fairytale ending.


“The only word I’m going to say is get naked, Master Sergeant.” She tugged her robe off, standing before him with just the towel around her hair since she let the one around her body drop too. She wasn’t ashamed of her body, but when he just stood there, she did shift from foot to foot and lifted a hand to cover her middle. “Was that too much too fast?”
“Hell no.” He breathed out on a groan. “Damn woman, you are gorgeous.” Michael stood there a moment longer before he shook his head and blinked. Bending, he worked at his boots, kicking them off as he tore his shirt over his head. Next, he got rid of his pants and socks. Straightening, he gave her the same chance to stare at him as he’d taken with her.
Gigi approached him slowly and reached out to touch him. Her fingers brushed the vee shape of muscles that went down his front, and she lost more than half her brain cells as she touched him. “Goodness. I don’t know what this muscle here is called.” She looked up at him and stepped impossibly closer. “But I swear it makes me forget everything that’s happening.” Licking her lips, she waited, needing and wanting more. “Kiss me again?” She asked and let her hands drift down so that they lightly brushed the girth of his erection and then wrapped her hands around the heated length of him. “God I’ve wondered all this time just how you looked and now I want to taste you.” She licked her lips and looked down at him. She wanted to lick him, suck him, god she wanted everything.
Groaning, he swayed closer to her, then away slightly. “You talk a lot when you’re nervous,” he said softly. Leaning his head in, he kissed her, backing her toward the bed slowly, and nibbled on her mouth. “Later, you can do anything you want, but right now I need you.” He stopped and muttered out a curse. “Condoms,” he mumbled, his brow furrowing in thought.
“Have an IUD. I had it put in the moment I came back because I knew that I needed and wanted to be with you. I wanted to be with you skin-to-skin.” Her hands moved over his chest and she turned and looked up at him. “I have nothing. I’ve been tested for everything under the sun because of cutting the guy on the island and whatnot.” She just wanted to be skin-to-skin with him now and for as long as he would keep her.
“Well you know I haven’t been with anyone,” he said softly. “I’ve been waiting for you. Had to, no way I could be with anyone else after meeting you. You sure?” he asked softly. Lifting his hand, he brushed his fingers slowly down her cheek. Michael stepped in closer to her, his skin brushing to hers with every breath they each took.
“God yes, I’m sure.” She couldn’t be more certain of anything at all, even if she tried. “Please.” She let her fingers brush over his skin and leaned up on her toes. “So no more talking.” She reached up and pulled him down to her, kissing him with the need and want she had for the last year.
His hands cupped her ass and lifted her from her feet. The brush of her comforter over her skin was cool. Slowly he eased his weight down over her, pressing her deeper into the mattress as he continued to kiss her. He let out a low moan that slid into her mouth, his chest vibrating against hers.
Her heels wrapped around his ass and tugged him closer. “No more teasing, no more thinking. I need you inside of me. Now.” She knew that was crazy, but it was the truth. She needed to have him loving her right now.
Licking his lips, he stared down at her. One of his hands slid between them and down to cup her pussy. His eyelids drifted shut as he slid a finger between her folds, spreading her juices around. “God damn, you are so wet for me, honey. Later, later I want a taste of you. Only when I know I’ll fully enjoy it.”
“Only if you let me do the same.” She lifted slightly, pushing herself against him as she did so. “God I love the way that you feel. Please, more.” She loved the fullness, the way that he would curl his finger and brush that sensitive spot inside of her. She loved all of it. “More.” It was a demand, pure and simple.
“Need to be inside of you, now,” he said. Withdrawing his finger, he lifted her leg up and out. Rocking his hips, he rubbed his cock through her folds. In a slow slide of flesh, he pressed into her pussy and filled her.
Gigi’s head arched back and she shuddered. Holy hell, that felt amazing. Her nails bit into his shoulders and she tugged him closer, her legs wrapping around his hips and lifting herself up so that she could meet him thrust for thrust. “So good,” she moaned with a sob of pure pleasure. She had known that they would be perfect together, now they were and she was happier than she could ever express.
“Look at me, honey,” he said. Each thrust jolted her against the bedding as they found their rhythm together. Over and over, he pushed deep into her slick pussy. His fingers squeezed on her thigh. “Let me see you, Gina. Look at me so I can see everything.” 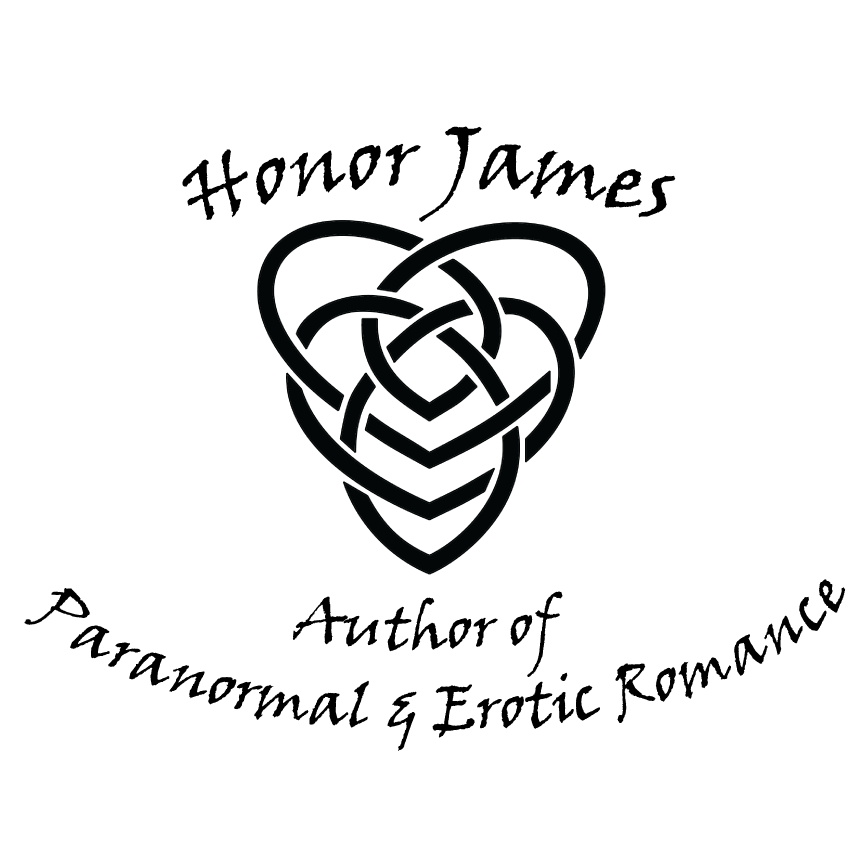 Since beginning her journey as a published author in 2012 Honor says she has learned a great deal about herself and writing. She believes that it’s a never-ending journey, the mind always wanting to learn and to grow. With that comes a better skill and smoothness to her writing she’s discovered and begun to enjoy more with each story she creates.

Thankfully, as she puts it, she has a job that gives her plenty of opportunity to write whatever comes to mind with very few interruptions. Her biggest supporters are, as always, her family. Her two children and her husband are continuously providing her with laughter and joy, making the time she takes to write a little bit easier. Without them and their support she knows she wouldn’t be half the author she is today.